My first Otmoor Redstart of the year was showing well along the path to the 1st screen. A beautiful male, doing it's characteristic flying down from a bush to the ground, catching an insect then flying back to the bush seconds later. Unfortunately a seemingly continuous procession of people walking back and forth along the track led to the bird becoming more and more nervous as time went by. Each time it was disturbed it would take longer to appear again. I stayed as far away as possible so as not to disturb it and got this one distant record shot. 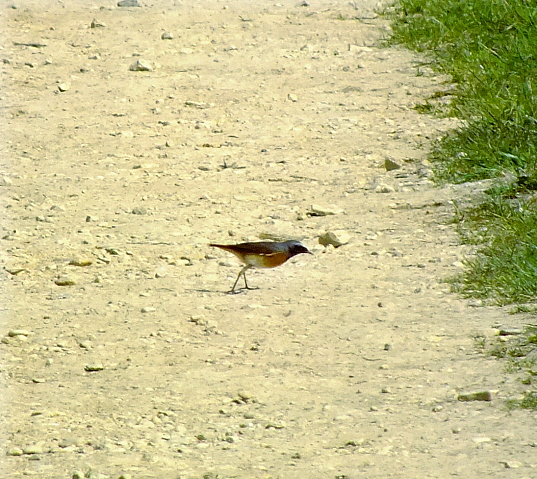 Walking back towards the car park Joe and Zoe were by the cattle pens and kindly pointed out a Hobby perched on a post on Greenaways. (Too far away to photograph unfortunately). Again a new year tick for me.
Along the same path as the Redstart four Lesser Whitethroats were present and several Sedge Warblers were singing and performing display flights. 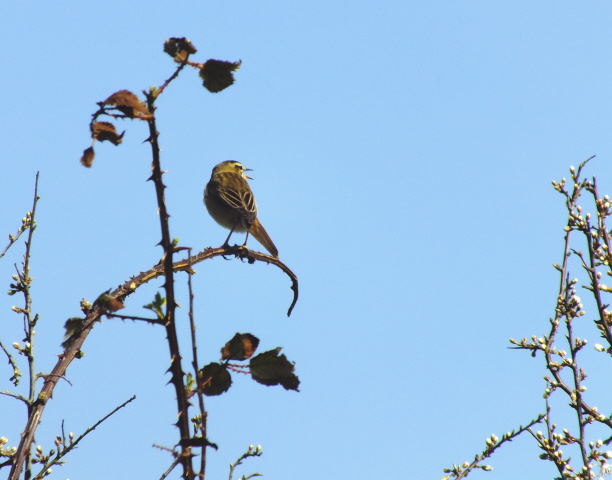 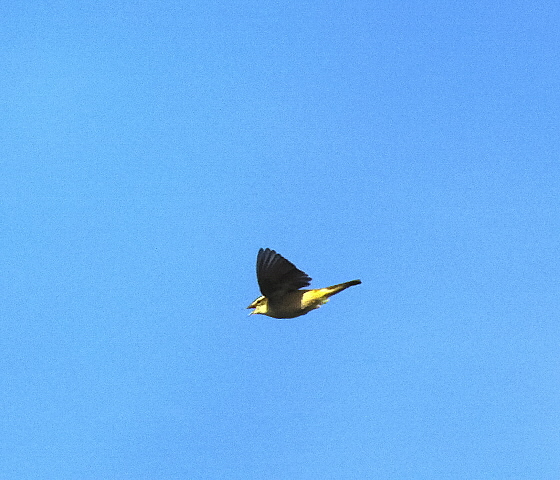 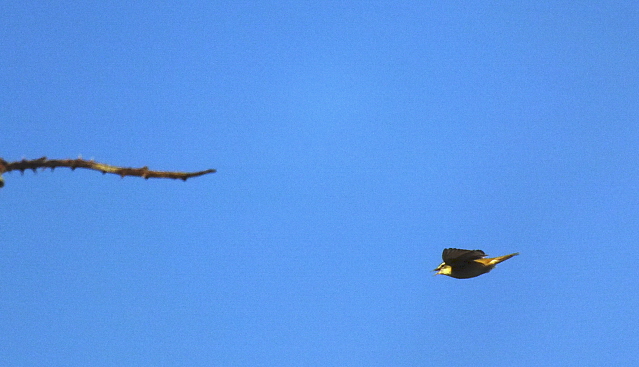 Three Green Woodpeckers and four multi coloured Jays put in an appearance today. The first Green woodpecker gave a heart stopping moment as i first spied it flying away from me at some distance. With the sun on it's back it looked bright yellow. The words Golden Oriole flashed into my head, before reality set in a millisecond later.
Several Buzzards, Red Kites and a Sparrowhawk joined the Hobby on the birds of prey list for today. 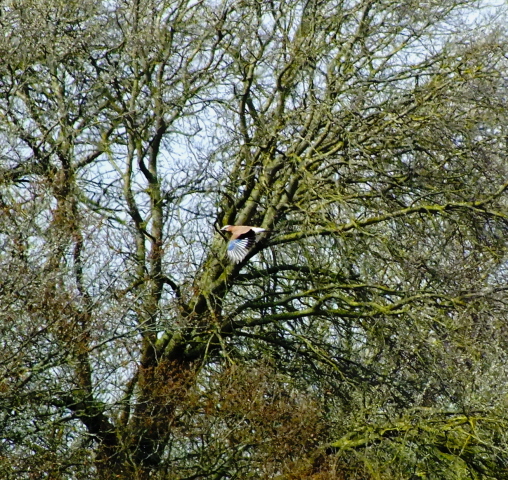 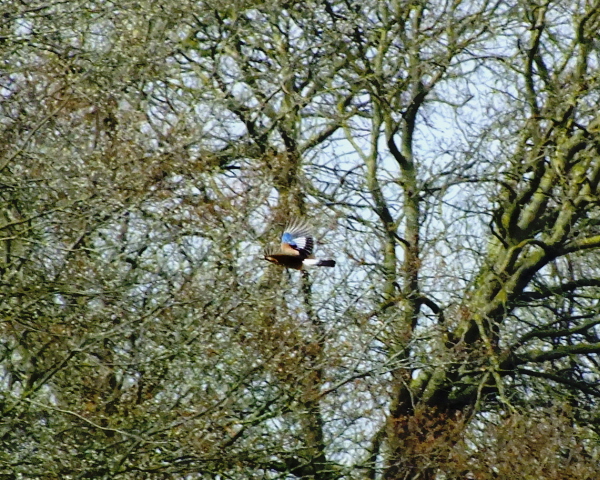 Peacock Butterflies still the most common of the lepidopterans. An Orange tip Butterfly was a new year tick today. Brimstones and Tortoiseshells also seen.

Other photos from today.. 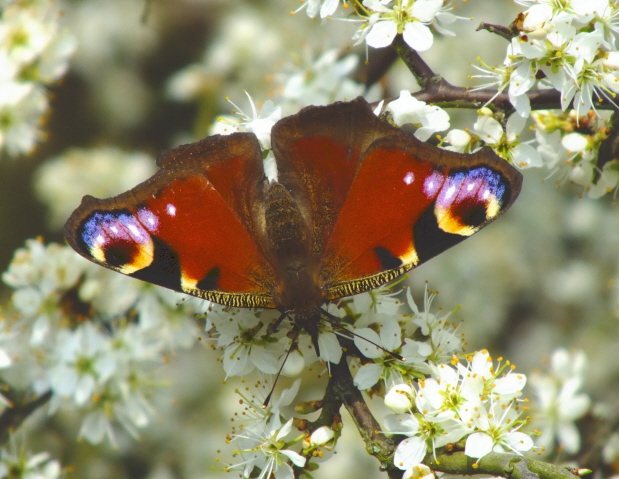 Glorious sunshine, lots of migrants arriving and insects on the wing was the theme on Monday and Tuesday this week. The car park field has at least three singing Grasshopper Warblers to test your patience trying to actually see one. A possible Savi's warbler was also heard in the same area very close to the car park on Monday. I didn't hear it myself, frustratingly i was half an hour too late arriving at said car park. Reed Warblers and Blackcap are becoming more numerous by the day along the bridleway. Willow Warbler, Chiffchaff, Sedge Warbler, Whitethroat and Lesser Whitethroat are also common. At least seven Lesser Whitethroats singing between  the hide and the 2nd screen on Tuesday. There are lots of insects on the wing and several species of birds are taking full advantage. With Whitethroat, Lesser Whitethroat, Sedge Warbler and even a Chaffinch seen Fly catching. A Marsh tit was seen along the path to the 1st screen. It's amazing what a bit of sunshine can do. On Monday the only birds of prey seen were Red Kites. Tuesday however was a different kettle of fish altogether. Beautiful warm sunshine saw Female Marsh Harrier, Five buzzards, twice as many Red Kites as the day before A Peregrine Falcon and a Sparrowhawk all seen riding the thermals today. Also another birder claimed to have seen a Hobby flying low over the water at the 1st screen.
After a long hot walk to Noke on Tuesday ( to look for Wheatears). The intention being to view the top field ( Where several Wheatears were reported at the weekend). We were confronted by a completely empty field, apart from a few bemused black sheep that stared at us bristling with optics and sweating profusely.  I was gratified to add a few Otmoor year ticks today. The First Swift of the spring came rocketing past me along the bridleway. I needn't have bothered walking all the way to Noke as my
first Otmoor Wheatear of the year was giving splendid views on the top of a tree along the path to the 2nd screen and a Yellow Wagtail gave all to brief an appearance flying in front of the hide.
A lesser Whitethroat caused a little confusion. As i observed it feeding in a blackthorn bush it raised it's head to reveal a yellow face and chin. I first thought it was catching insects among the flowers until i witnessed it actually eating the flower buds and getting covered in pollen. Strangely enough i also saw another bird, a Sedge warbler this time, also eating flower buds. 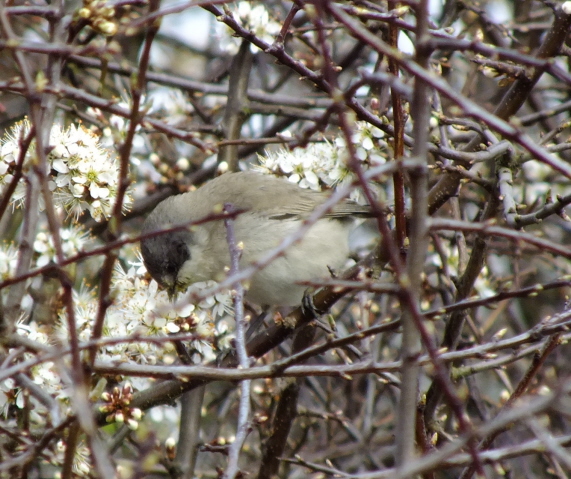 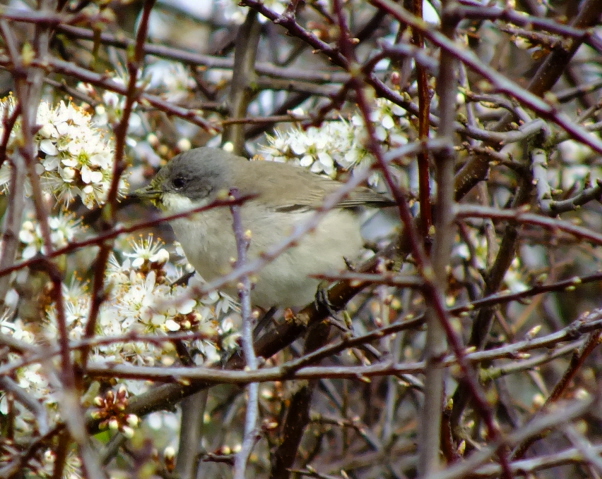 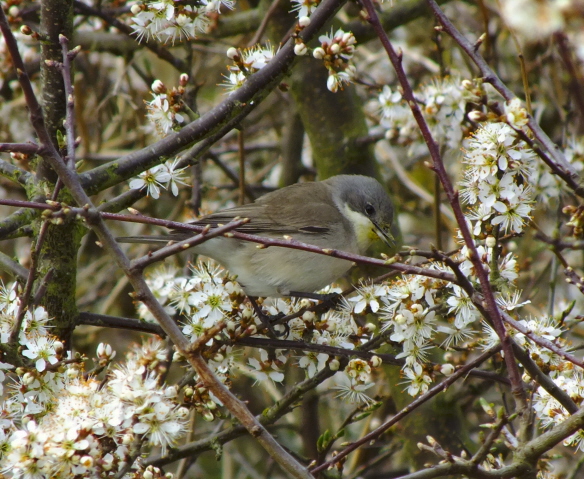 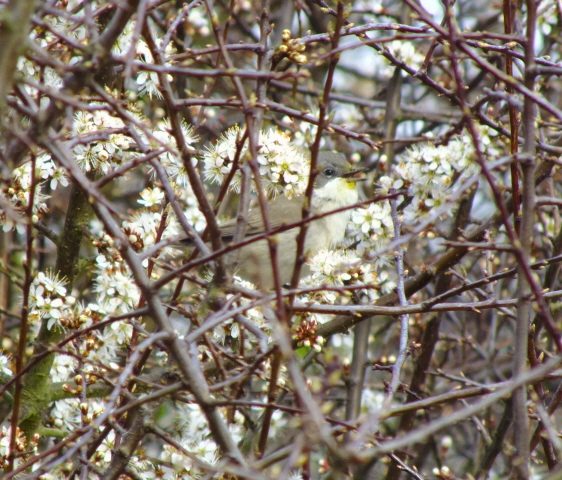 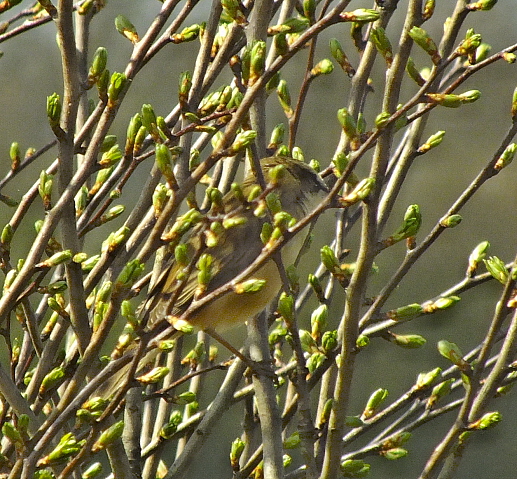 The wader passage has been a little disappointing so far, with just the odd bird seen and apparently not stopping for long. Two Little Stints made a brief appearance last week. Ringed and little ringed Plovers again very thin on the ground at the time of writing. However there are plenty of Redshank, Snipe and the odd Curlew to be seen and an Oystercatcher was present on the 23rd on Greenaways. It was joined by a second on 24th.
The pick of the remaining wildfowl on the reserve are a Gargany which was reported at the first screen and a solitary Pintail on Big Otmoor.

Other news...
Hares can be seen all around the reserve and a Muntjac deer was also seen on Tuesday.
Lots of butterflies on the wing, with Peacocks being the most common. Six Brimstones, two Tortoiseshells and a Large White all seen on Tuesday.

Photos from Monday and Tuesday this week... 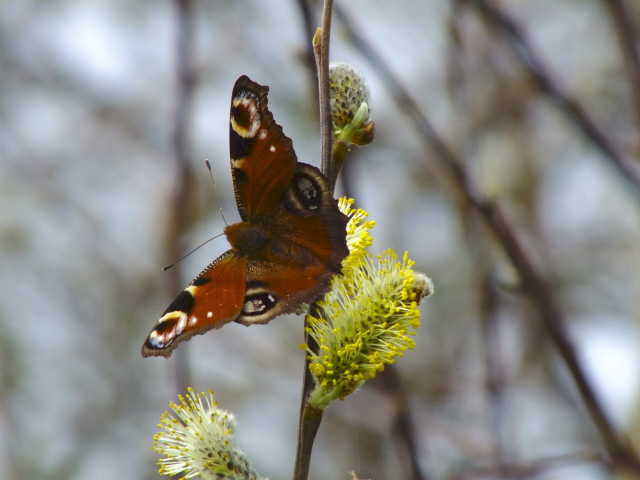 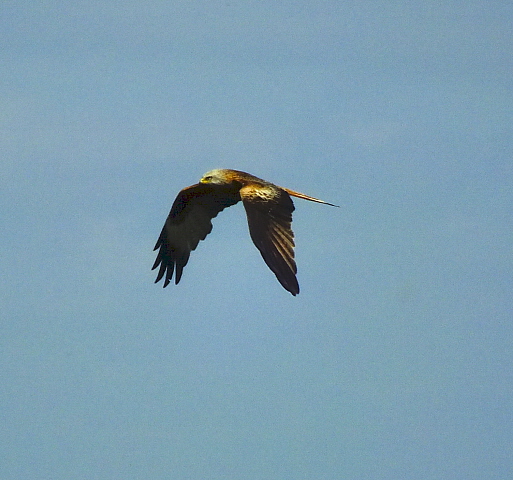 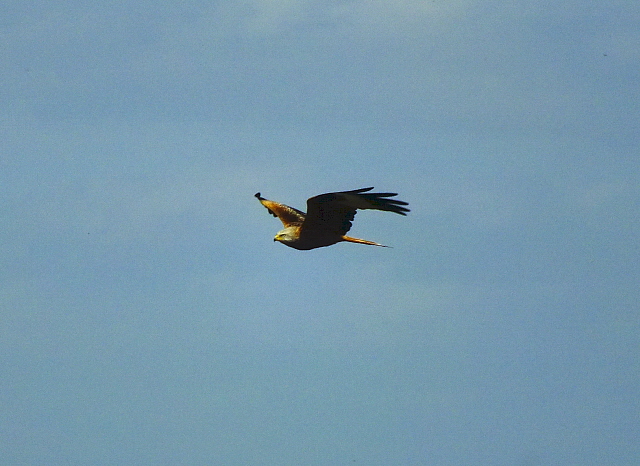 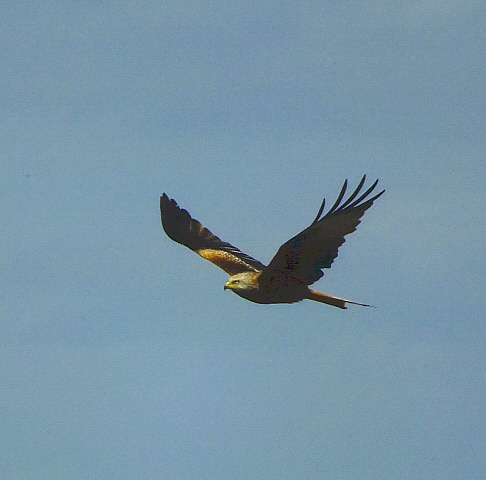 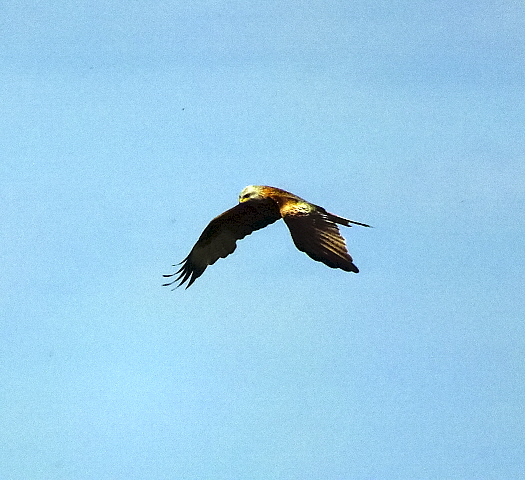 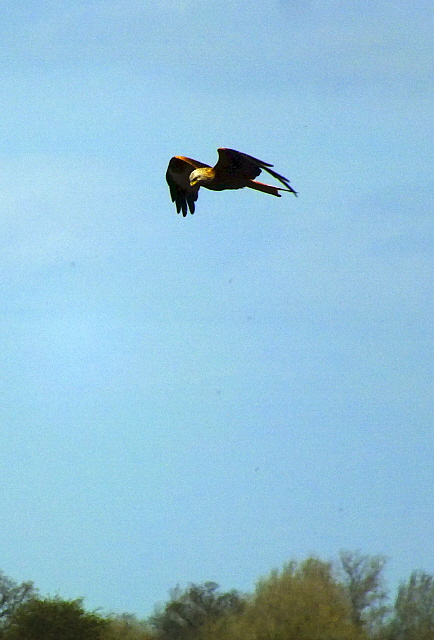 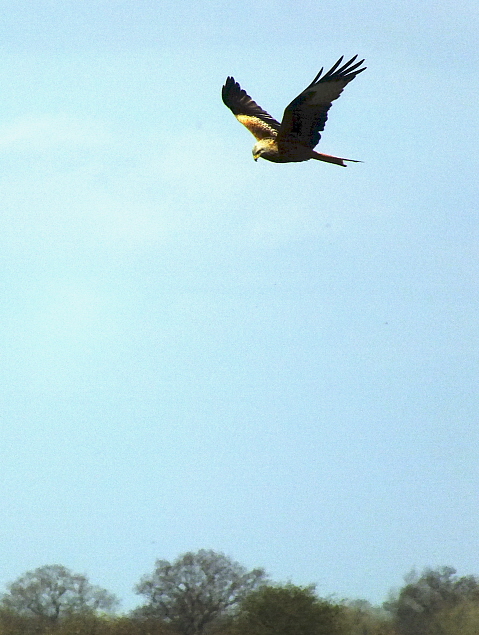 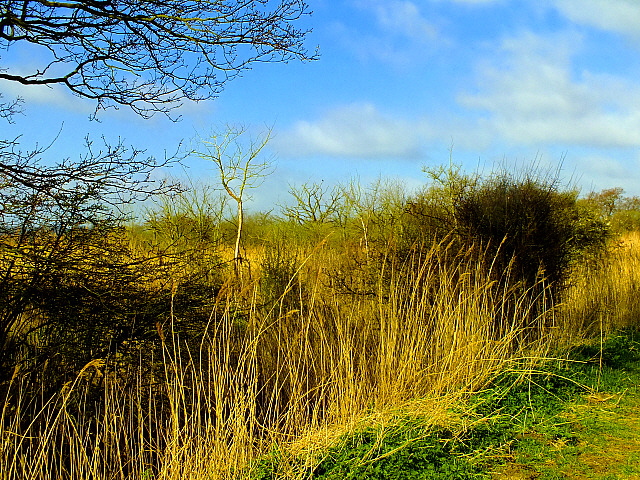 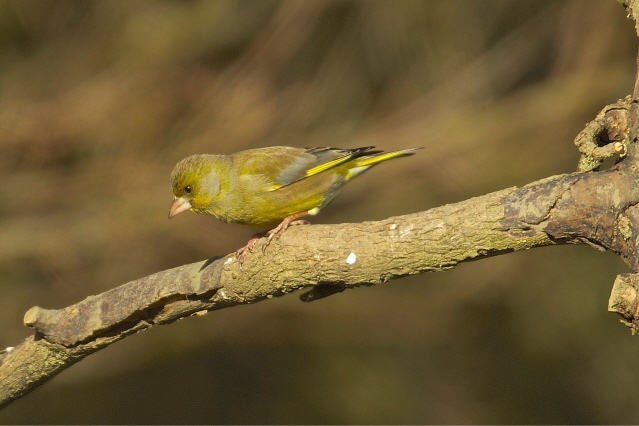 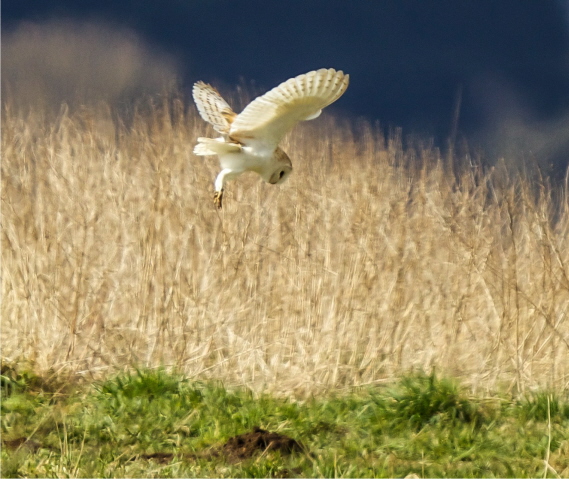 Wednesday started off well. Leaving my home with clear blue skies and warm sunshine. I soon regretted my optimistic and rather foolhardy decision, to not bother with a jumper or jacket and only wear a t-shirt as i drove through Beckley village and seeing that the moor was shrouded in fog. The sun tried it's best to break through the clouds and when it did it was lovely and warm. However for most of the morning a chill wind accompanied me on my walk. Not as many birds as Tuesday either. Half as many Lesser Whitethroats along the path to the screens. A female Wheatear was also along the path to the 2nd screen. A peregrine caused uproar among the Geese and Lapwing on Big Otmoor as it circled overhead. Three Snipe were again drumming over Greenaways and Closes. There were two Oystercatchers on Greenaways and 14 Black Tailed Godwits reported on Shangri la pool (Ashgrave).
My first Cuckoo of the year was calling near to Beckley village and later seen flying across closes field. 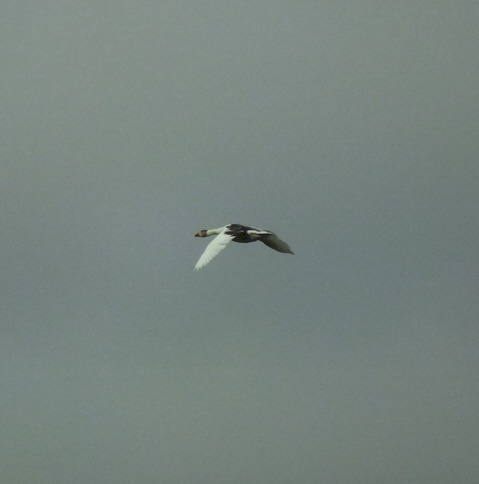 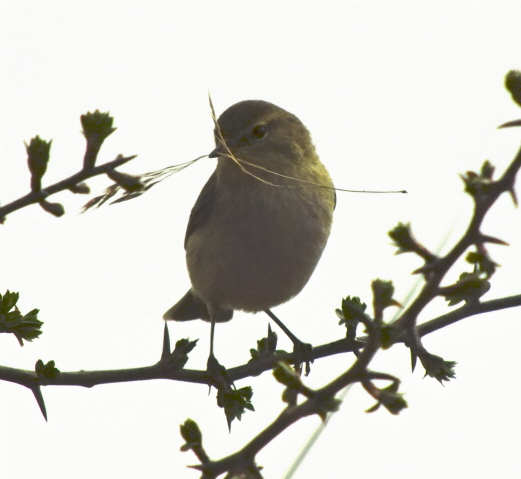 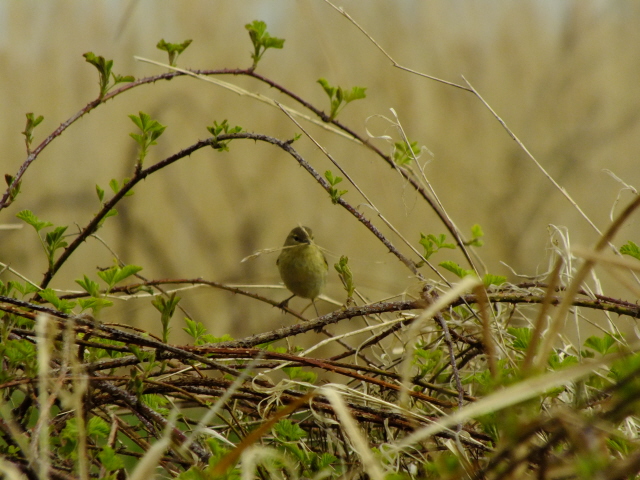 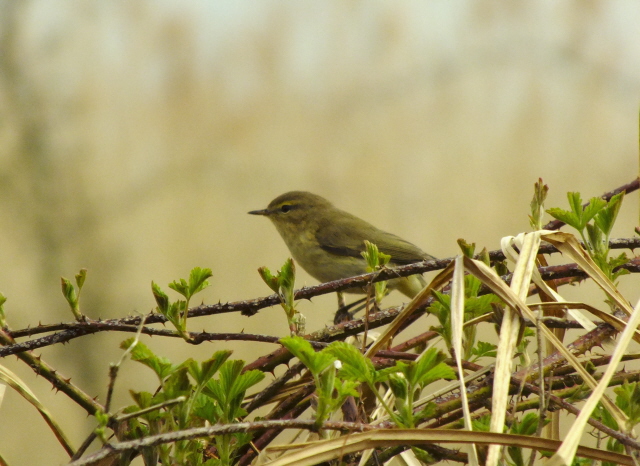 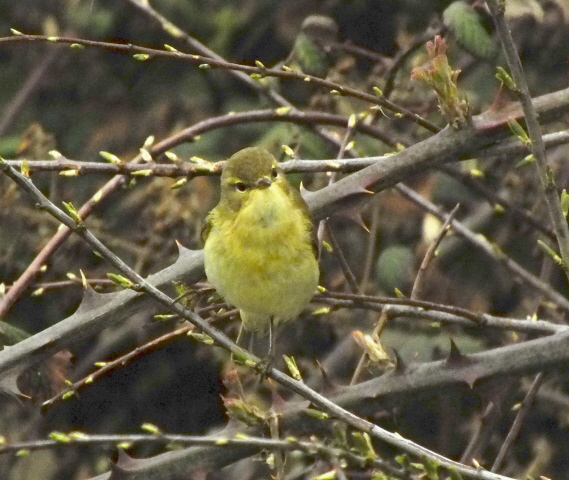 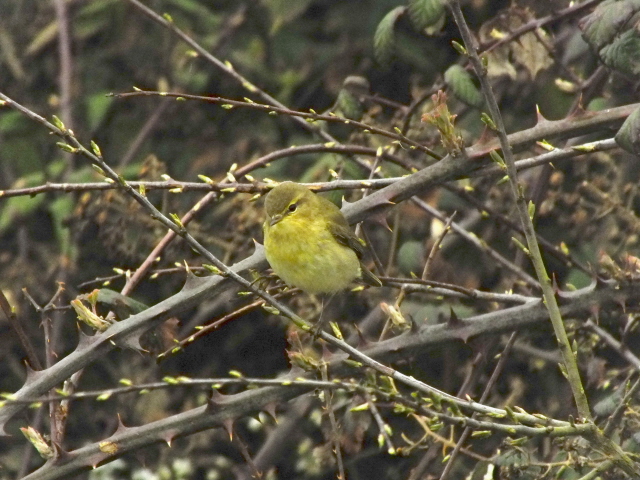 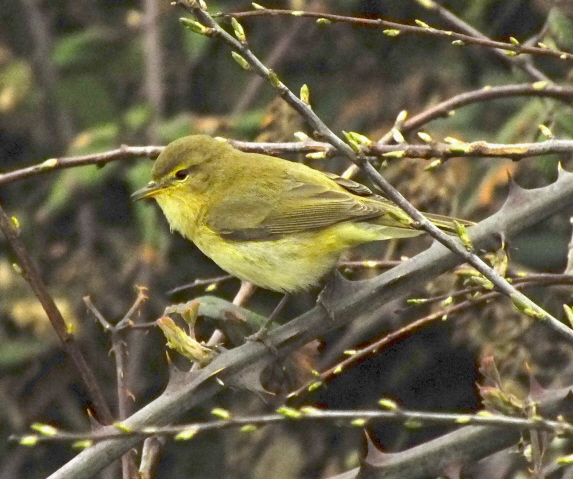 ﻿
﻿All photos (C) Pete Coombes unless Specified.
Posted by Unknown at 07:21 No comments: