What a fantastic start to December. Whilst sitting in the second screen having just observed a female Marsh Harrier floating over the reed bed for the last ten minutes and a lovely male Pintail drifting sleepily in front of the screen. When suddenly all of the assembled ducks erupted from the calm still waters. Scanning around looking for a predator of some sort, i noticed Joe and a colleague walking around the reed bed doing their webs count. After a few minutes a face popped up at the far viewing slot.
"Hello Pete. What are you like at identifying Swans".
Joe informed me that they had just found four Swans on the field just past the screen and were not sure weather they were Whoopers or Bewicks. As it turned out, there were four fantastic Whoopers. As we stood there watching them a Barn Owl floated ghost like in front of us and alighted on a small willow tree and just like a ghost disappeared into the hollow trunk. On the walk back, a second stop at the building site which will soon become the new two storey 1st screen, equipped with coffee machine, comfortable sofas and a cooking and dining area. (Might have exaggerated just a bit ) I observed, all too briefly, my second Harrier species of the day, a magnificent Ring Tailed Hen Harrier flying along the causeway between the reed beds and dropping down somewhere in the reeds. A second stop at the hide was also worthwhile as i noticed a flock of 150 - 200 Golden Plovers wheeling around the far side of Asgrave. they were amongst 300-400 Lapwing and 100 (approx) Wigeon. Two Snipe were feeding along the waters edge in front of the hide and two Stonechats made their way busily along the fence posts and bullrushes. Fieldfare and Redwing numbers have increased rapidly over the last week. spectacularly large flocks of Fieldfare were just about everywhere on the reserve. Redwing also in good numbers. I saw one flock where i had counted sixty five and still going when they disappeared behind the trees. Yellowhammers and Bullfinches also in good numbers with double figures of both species seen during the day. On the walk back along the bridleway a large flock of Starlings were feeding on the ground by the scrapes, when a blur of wings shot past me over the pathway and hurtled towards the Starlings. A mass of birds exploded from the grass as the sparrowhawk sped towards them. It picked on one that had become separated from the flock. A dog fight ensued and the fortunate Starling made its escape, at the last minute, by going to ground. There are also a good number of Wrens on the reserve. It seems that every few steps along the path to the screens a Wren will flutter across the path. Snipe can be seen all over the reserve with several small flocks of up to seven birds seen today. Water Rails were again calling from the reedbed at the 2nd screen. At least two calling, one from either side of the lagoon. 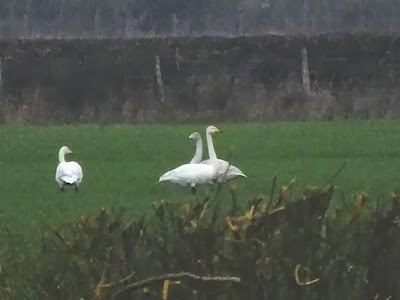 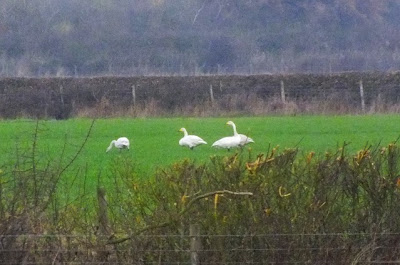 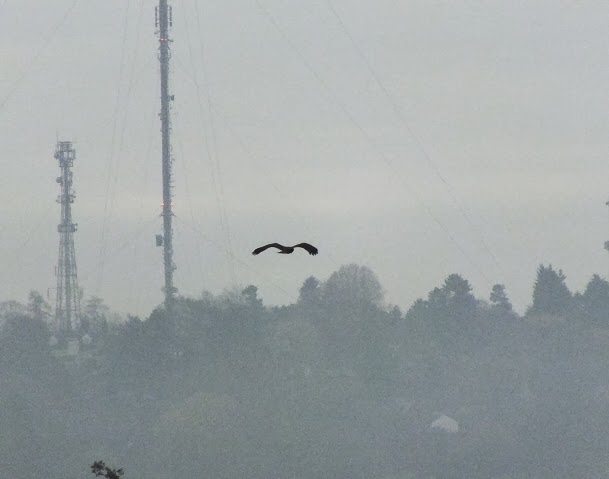 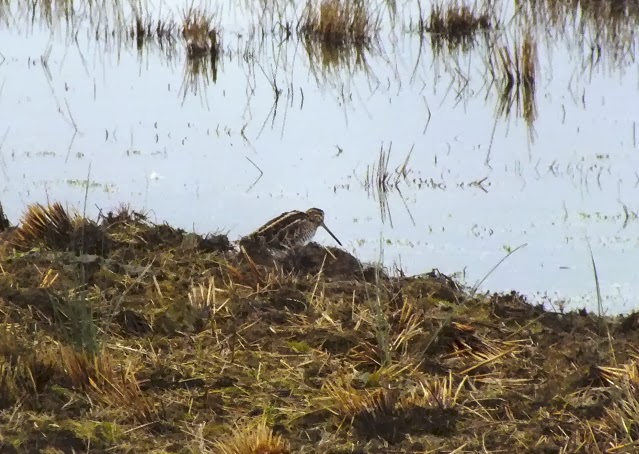 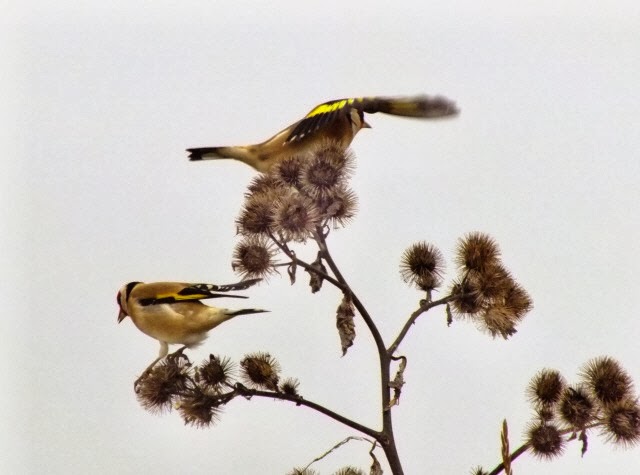 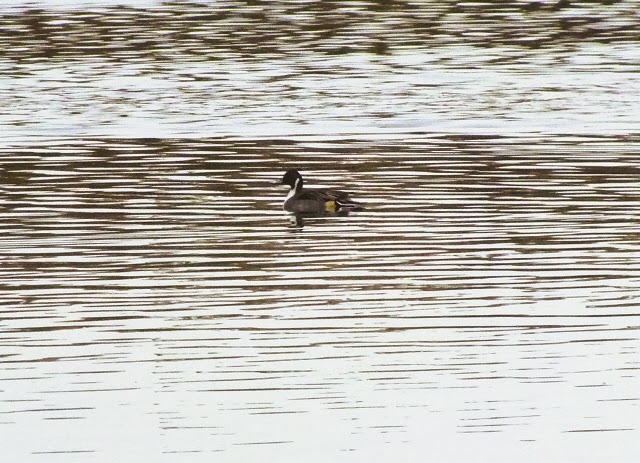 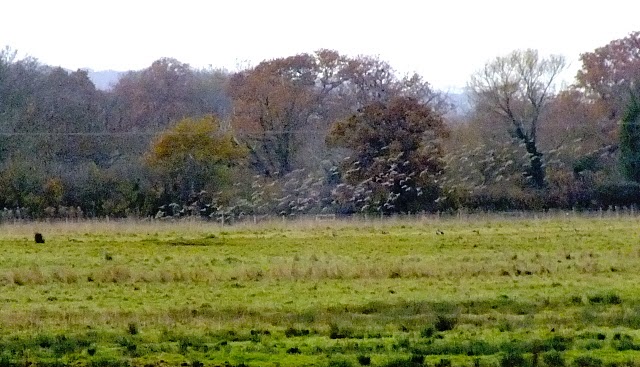 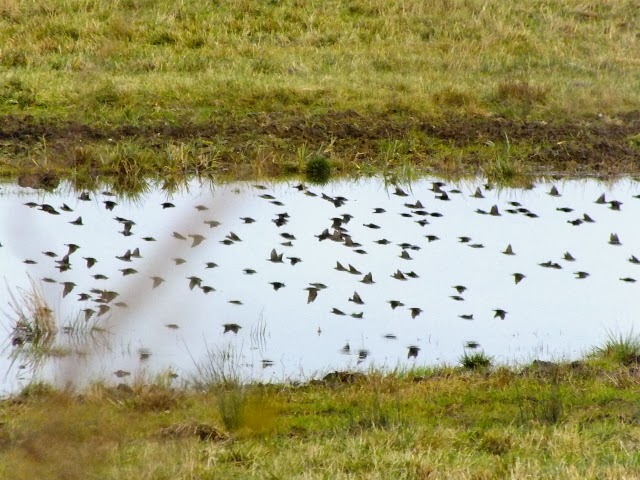 Hen Harrier.. Taken from inside the hide through glass as the bird flew right past the window.. 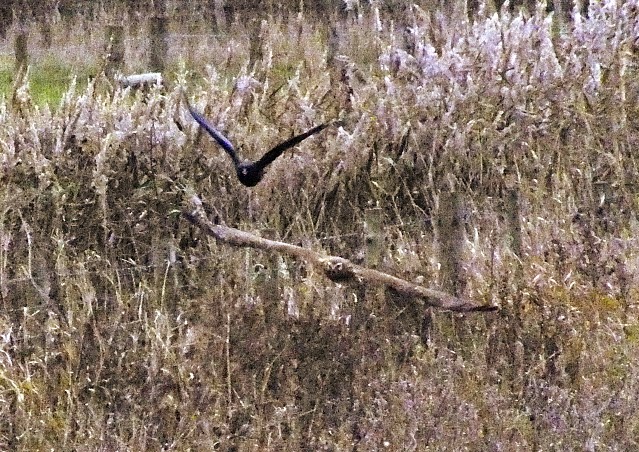 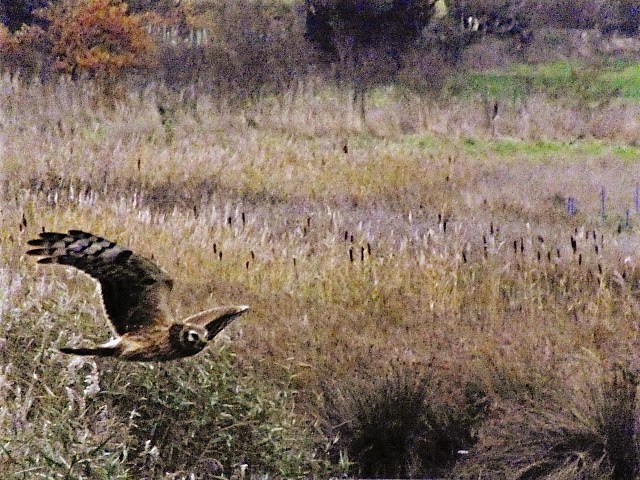 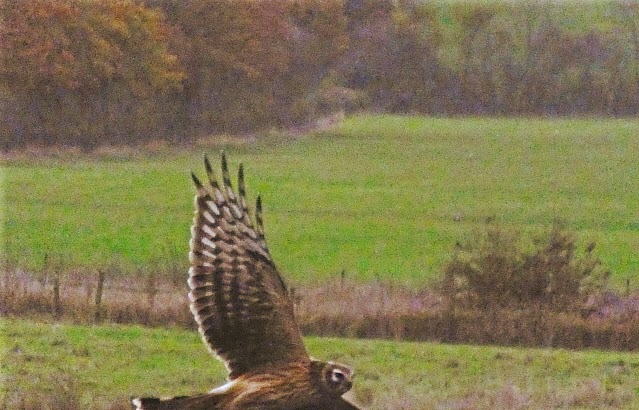 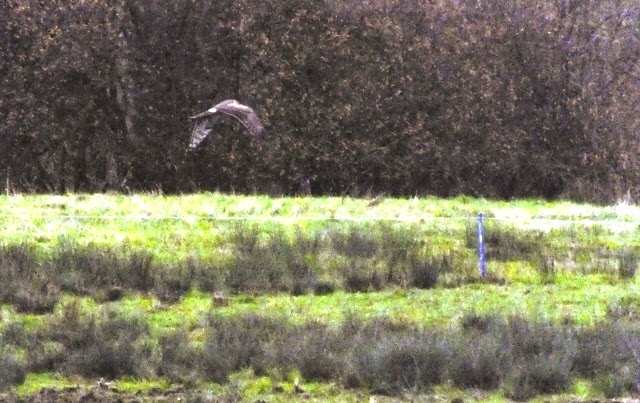 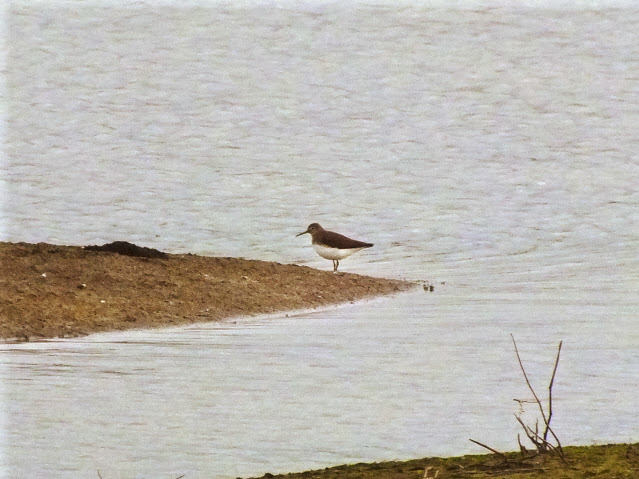 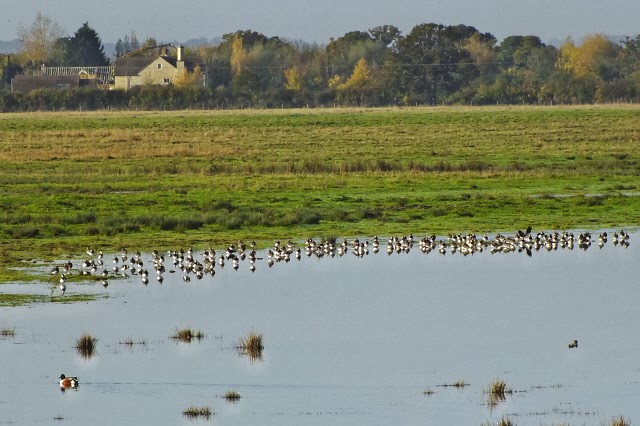 Snipe with a Dunlin (third bird from left.). 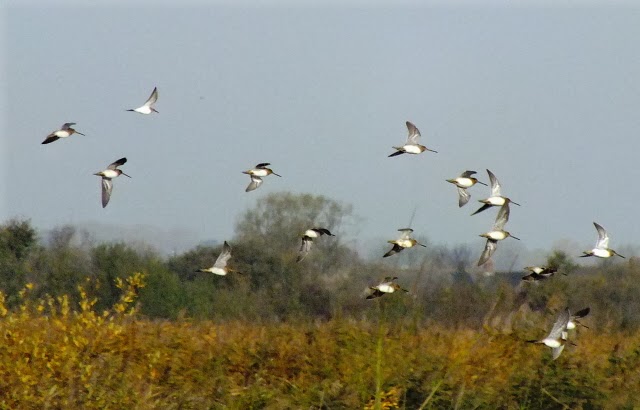 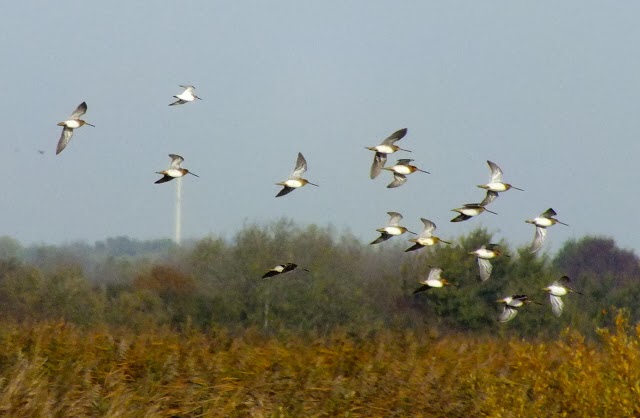 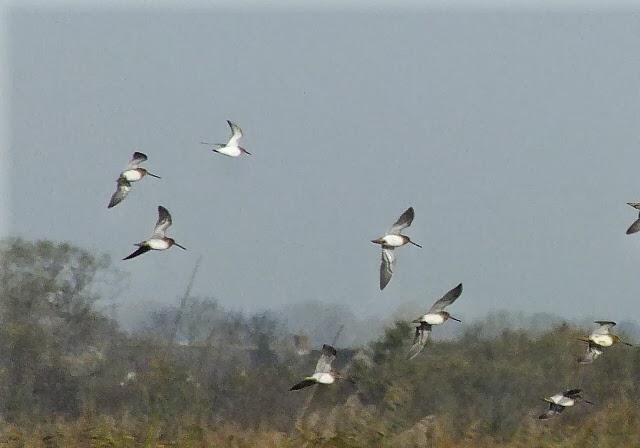 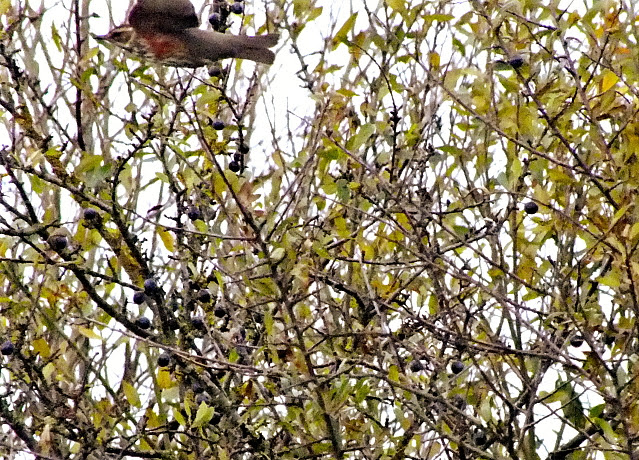 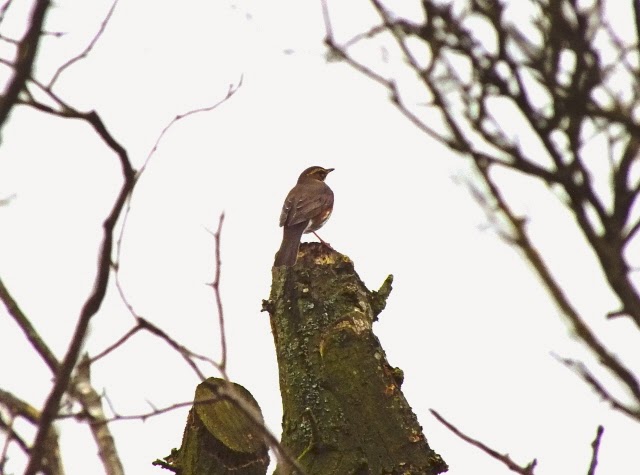 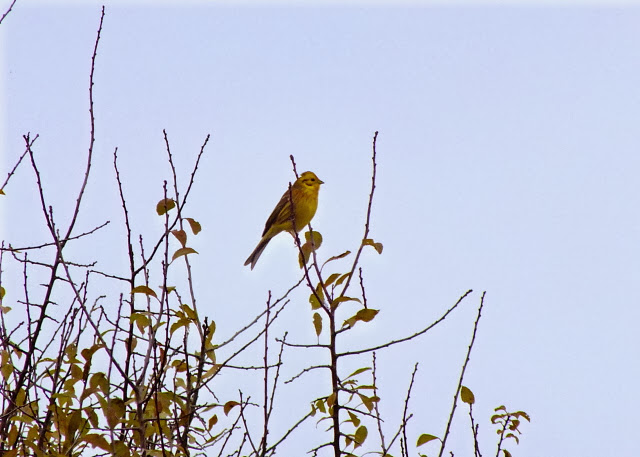 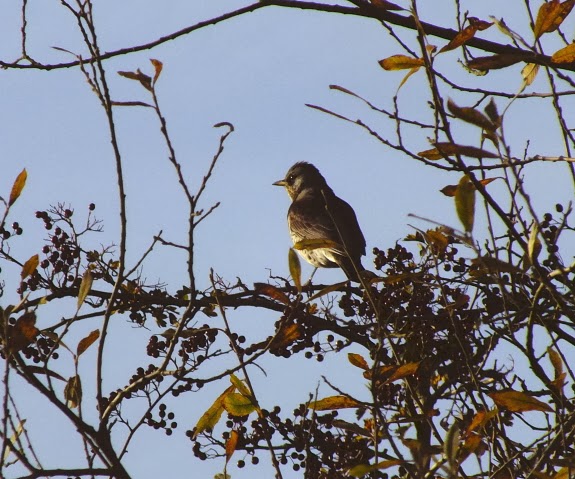 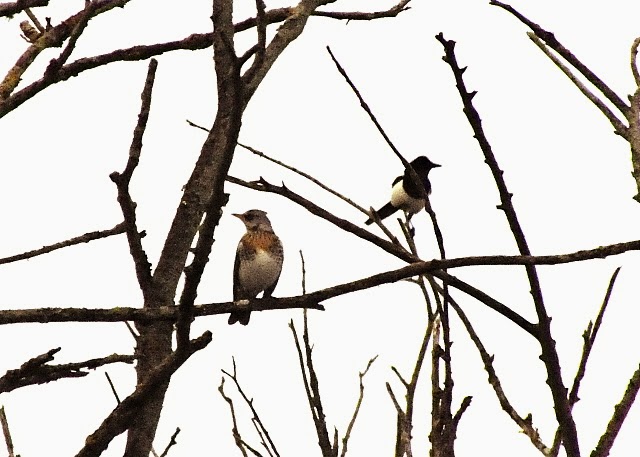 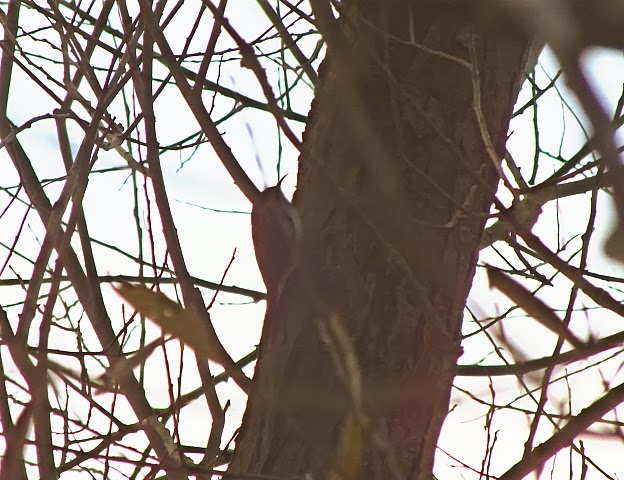 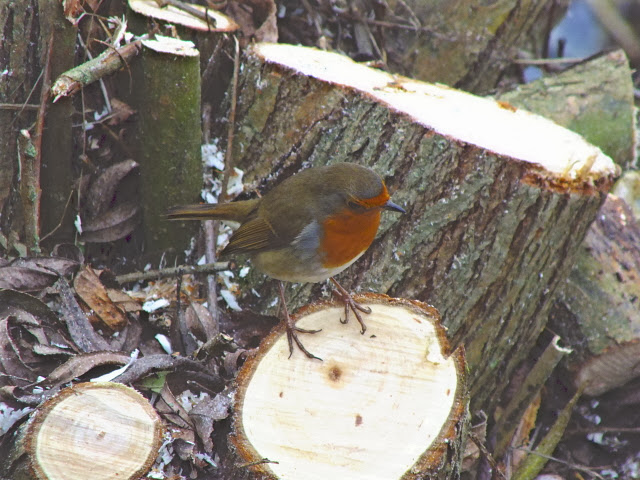 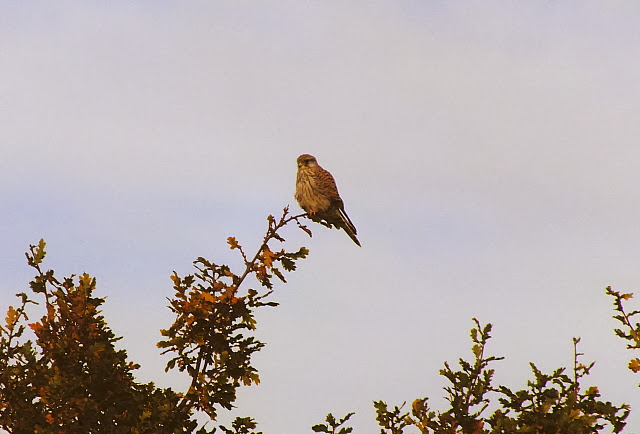 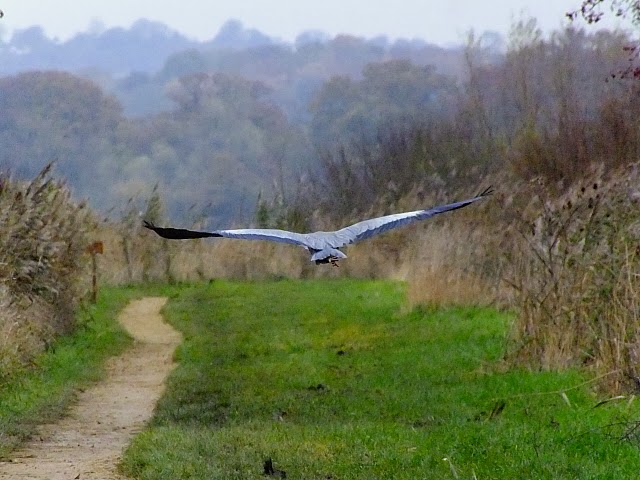 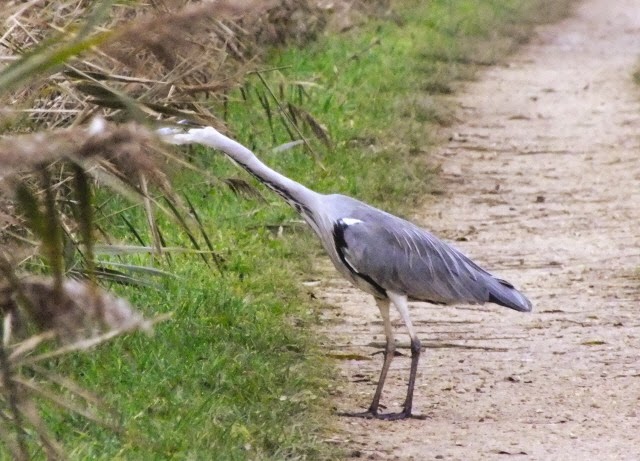 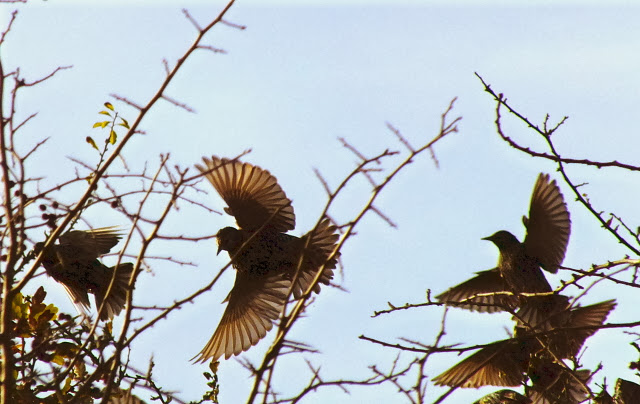